master branch is locked in order to use it as a reference to upstream repo in order to make it easier to compare changes against and rebase as needed.

Please ensure you always for against nordix-dev branch, create your local branches from there, and frequently rebase against master branch.

You can experiment with this workflow using Nordix/sandbox repo which is forked from a personal repo fdegir/sandbox for experimentation.

If you find ways to improve the workflow, please do not hesitate to update this page.

If you are working based on Apache licensed upstream project, the work you are doing first needs to land in to Nordix Infrastructure.

In order to achieve this, you should have got the upstream repo imported to Nordix Gerrit so you can rebase your changes against upstream master and do your work on Nordix against nordix-dev branch.

A sample workflow for ONAP based project is listed below so you should be able to follow these steps to do your work and send changes to upstream once you are done.

NOTE! Make sure you have validated with Sonar before you push towards ONAP, so you don't introduce any new issues! For set up of Sonar in Eclipse in ONAP, see "Set up Sonar towards ONAP". 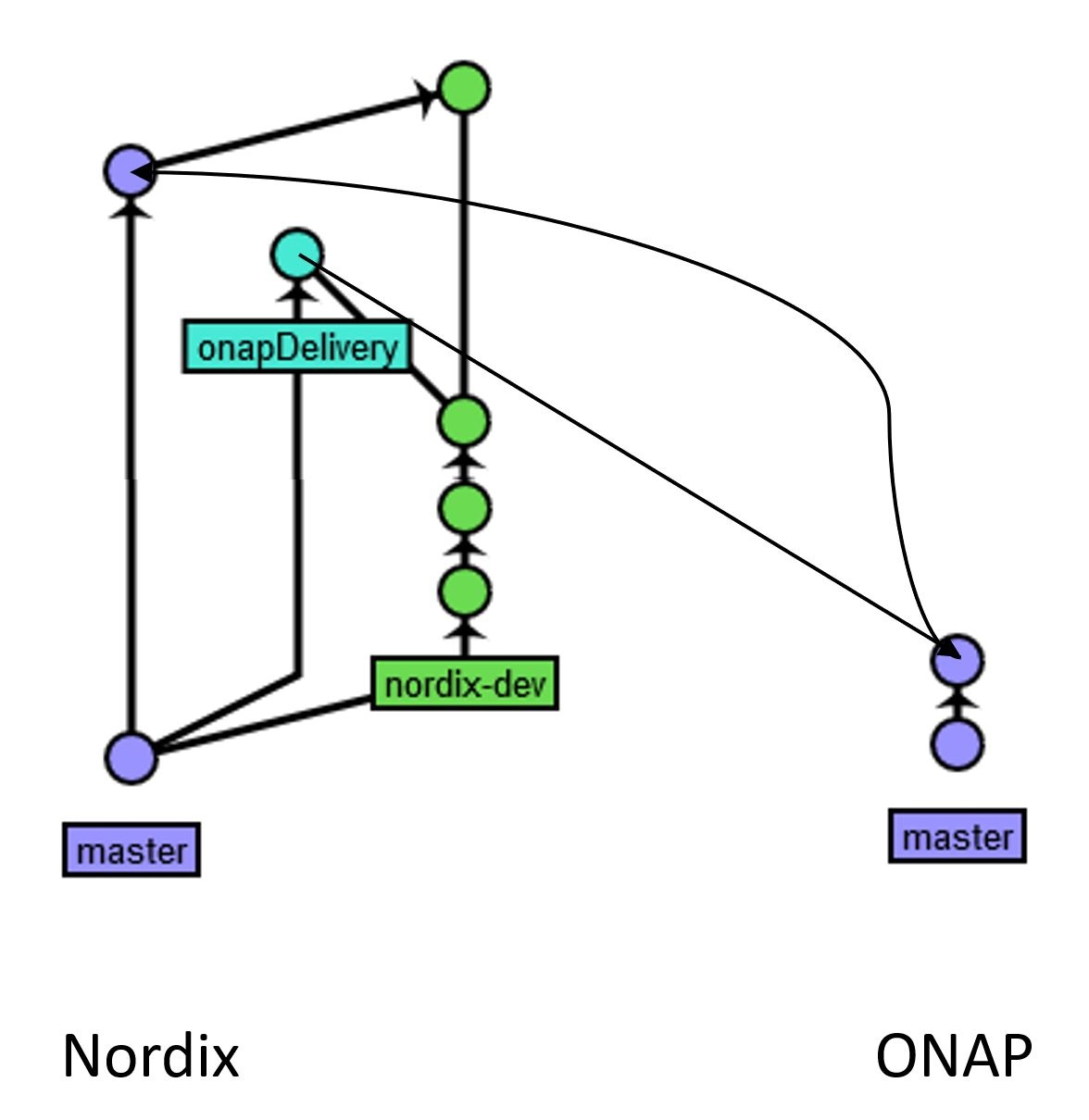 Submitting draft review to ONAP is the same as Deliver to ONAP except from Step 6. Use the following push command in step 6 to submit draft review,

Use this procedure to uplift (merge) the nordix-dev branch after your changes have been merged in to the ONAP repo and synched back to the nordix master branch.

When you run into the situation that you cannot commit in ONAP because a rebase is needed, but the "Rebase" button in Gerrit doesn't work, then rebase your change manually in your local repository.
Note: Cherry-picking a commit on top of a new base is the same as rebasing a commit on top of a new base. It's just a matter of which commit you have checked out before running the command. Cherry-picking is more flexible though and can be used for more than just rebasing.